$12,500 (twelve thousand five hundred USDC) to fund the efforts to build a non-transferable token (NTT) primitive as a public good that helps solve many coordination problems faced by Radicle as a whole, the Radicle Distribution of Influence workstream, and DAOs more generally. The effort is led by the Otterspace team which aims to build this as public good infrastructure for the Ethereum community. We ask for $5,000 (five thousand USDC) now, for the scope covered in Milestone-1, with the intention of setting ourselves up for success in a long-term partnership and to show our commitment.

The implementation is broadly inspired by what is popularly known as “Soulbound Tokens”, as coined by Vitalik Buterin in a blog post and recent paper co-authored with Glen Weyl and Puja Ohlhaver. Otterspace is building a Badges Protocol with NTTs as the underlying primitive. We propose to provide Radicle with a model using Soulbound contributor badges, aligned with the RadicleDAO’s workstream objective i.e., designing and implementing a strategy for distributing non-financialized governance power within the Radicle ecosystem. Additional context on our thesis is hosted here.

We recently published the EIP-4973 which is actively collecting peer feedback in its “draft” state. We already released the first version of this with the “Otter Soul Minter” app. This token model, along with Otterspace’s Badges Protocol, would improve the membership management challenges faced by DAOs such as Radicle, in particular by enabling an additional governance mechanism that allows for a non-financialized form of participation that can be distributed and earned.

Note: we intend to raise public goods funding only to fund the public good infrastructure i.e., all the efforts towards building the EIP(s) and the work focused on Radicle integration. All the work pertaining to Otterspace’s core platform or application building is out of scope for this funding request. Part of this request is also to fund some of the efforts retroactively. We are also considering raising additional funds from the wider ecosystem in due time.

The current coordination primitives for DAOs are insufficient for them to be able to realize their potential. In most cases, DAOs coordinate internally with the help of a fungible or non-fungible token. Tokens bestow ownership, governance power, contribution power, and access to DAO spaces, events, and other resources. Many challenges to this single-token model have emerged:

In the case of Radicle, challenges have emerged with low voter engagement, the concentration of ownership, and centralized influence. By financializing governance in the DAO, early investors and supporters of the DAO hold disproportionate governance power. In March, the workstream around the distribution of influence was introduced to address this problem head-on. In the next section, we will describe how Otterspace will address this challenge.

Our vision is to give DAOs the tools to better represent the diverse nature of membership and improve member engagement, coordination, and distribution of power and permission. By doing so, we also aim to progressively improve their autonomy and enable them to be more permissionless, while surfacing clear paths and incentives for individual members to deepen their participation.

We believe that a new primitive is needed for better incentives, membership, and coordination within DAOs - through NTTs i.e., Account Bound Tokens or Soul Bound Tokens. A full blog post about how the Otter Badges address these challenges can be found here: part 1, part 2.

Some of the work in progress can be found here (in addition to code repos shared above), which we hope underlines our approach to building in public and with the broader community:

Radicle Solution
In the case of Radicle, we will support the Distribution of Influence workstream by providing the team with a tool that allows Radicle to mint and distribute NTT badges to community members. After a badge is designed, vouchers are issued to eligible members, who are able to claim and mint their badge. In later iterations (not covered by this proposal), badges will be able to be claimed permissionlessly when specific criteria apply. These criteria are defined by the badge designer and may include on and off-chain activities. The revocation and reassignment of badges are also planned for a later release.

Once badges are minted and held by members, they can be used to distribute governance power or bestow social capital within the DAO. They may also be used to unlock access to DAO tools via token-gating. Otterspace is working on integrations with all major DAO tools to support this new primitive, including (but not limited to) Wonderverse, Snapshot, Discourse, DeWork, Coordinape, Utopia Labs and Clarity.

In addition to the creation and distribution of these contributor badges, the scope of this proposal also includes an integration with the Drips Protocol, which will require some collaboration with the Radicle team. The purpose of the integration is to allow drips to be directed at all holders of a badge, such that badge holders receive a regular payment for as long as the badge is valid. For example, any holder of a core contributor badge could receive a weekly stream of tokens so long as the badge is valid.

We will primarily measure success with adoption by members - “number of badges minted”.

We intend to build this closely with Radicle first and a few other DAOs as pilot users, with whom we will collect qualitative and quantitative feedback on impact & usability.

A lot of this work is an effort towards building this as public good infrastructure and our motivation is to support this via public good funding.

Additionally, we want to work with Radicle DAO closely to build around their needs before generalizing the protocol for more use cases. This also involves integration with Drips.

Note: We haven’t applied for previous grants or additional sources yet.

Rahul is a co-founder of Otterspace, leading technical and web3 efforts. Rahul is a former Director of Integrations at SoundCloud - leading developer community, partnerships, integrations & playback teams. Co-Founder/CTO of music+web3 startup Paperchain and had been an active member of Web3 communities since 2016.

Tim is a software engineer based in Berlin, studied Computer Science and Media at Ulm University, and graduated with a Bachelor of Science in 2015. Tim has been an active builder & contributor in the web3 space since 2015. He is also the founder of Rug Pull Index - a community-led effort to create transparency around being rug pulled.

Emily is a co-founder of Otterspace. She is a former Product Lead for creator monetization at SoundCloud, Community Lead at Shark DAO, and Contributor to Cabin DAO. Passionate about the potential of DAOs to unlock better human cooperation and enable a more equitable distribution of value on the internet.

Ben is a co-founder of Otterspace. Former early-stage investor and operator in the Future of Work and Web3 space at btov Partners and Paua Ventures. Excited by the potential for DAOs to re-shape how we work and who owns the work we do.

Thanks a bunch for dropping this application in.

I’ve sat in 2 meetings with you all, so don’t have much else to say here.

I’ll start gathering votes for this (it’s a “yes” from me).

Hey Otters! Thanks so much for the detailed application!

I have a conflict of interest in this so I’ll have to sit out on voting (I advise the Otter team), but @bordumb I wanted to ask you how you see these milestones playing out with our Distribution of Influence work that we’re kicking off next week? If Milestone 2 is to distribute otter badges to Radicle contributors via the Otterspace app, then we probably need to know how we want to distribute influence to contributors by then. Do you think we can align timelines by then?

I’m amending the timeline on behalf of @rsquare since some time has passed since we submitted this grant application. We have been working on the first part (MS1), so the funding request for that is retroactive.

August and beyond
MS-X: Future plans

Hey @abbey : yes, that sounds good. Let’s do a public meeting on Discord to discuss

@emily Thanks for the update. Regarding the vote/pay-out process for the 2 milestones listed above:

You can track the initial vote below on Nonce 28: 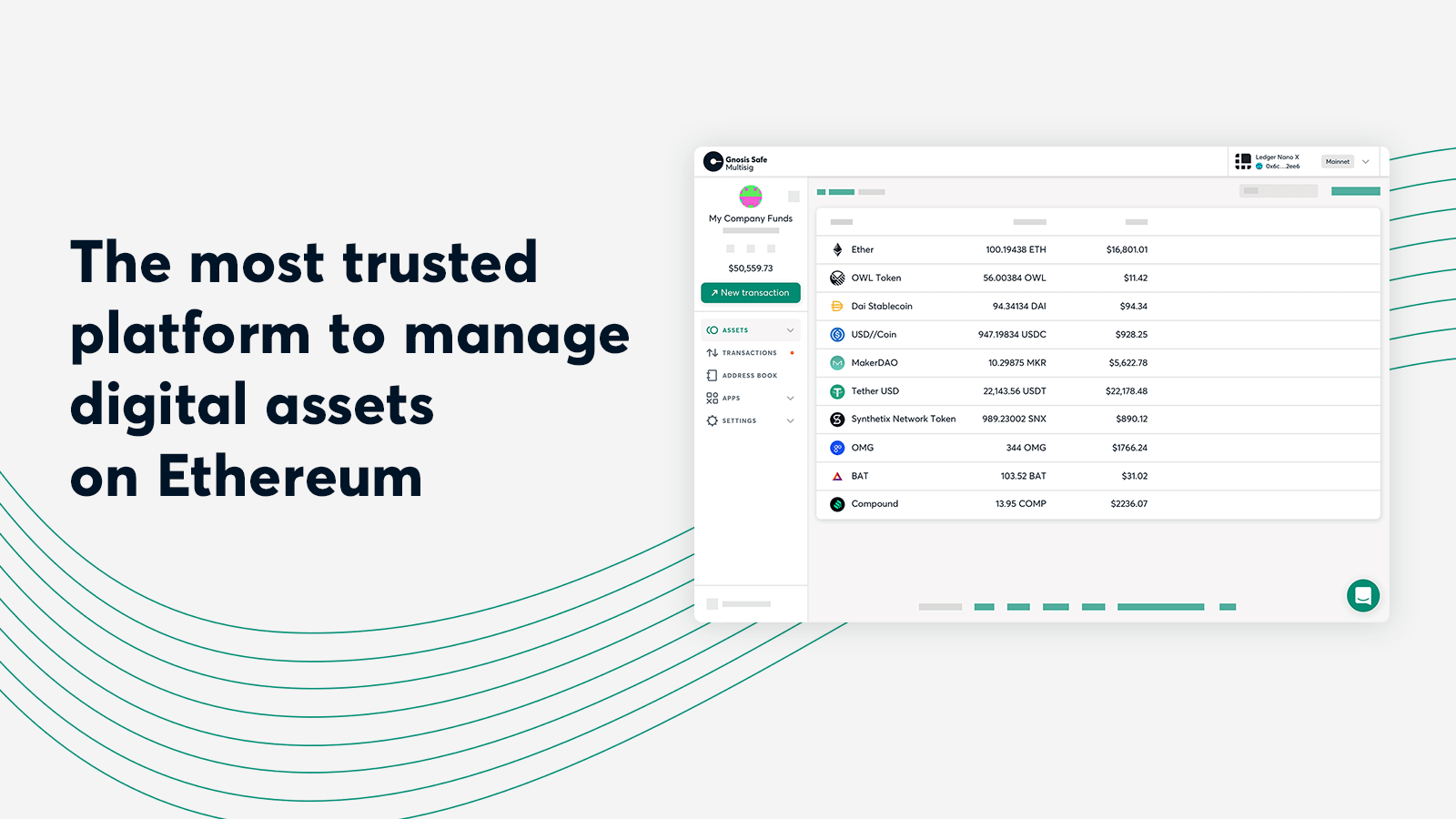 I’m sure some of my team has already responded in other forums/channels. But this is fantastic news and we’re absolutely thrilled to get support from Radicle on this <3

has been filled out correctly for this milestone and the delivery is according to the official milestone delivery guidelines.

Thanks a bunch for dropping the notes on Milestone 1 delivery.

I’ve skimmed through all the docs you’ve laid out.
And I’ve gone through the entire process of allocating badges to members of the Grants Committee.

So from perspective, everyone looks good to me.
It was very seamless on test net

I’ve started the payment for this on our multi-sig.
You can find it on Nonce 34 below: