As part of the Distribution of Influence Workstream, the Radicle Grants Org (RGO) will act as the guinea pig with OtterSpace badges to distribute voting power.

Our voting hinges entirely on Gnosis Safe with 6 owners.

These 6 signatories must (a) review all grants and (b) reach quorum.

As we scale, 2 key issues will continue to grow:

Upon sending out badges, we will follow the 2 step process for voting, right-hand side below: We will be distributing OtterSpace badges, which are non-transferrable tokens (NTTs), which confer voting rights within Radicle Grants.

For testing purposes, we will be running these votes on the Optimism Network.

The distributed voting will take place on Snapshot. The RGO page can be found below:
https://snapshot.org/#/radiclegrants.eth

We will have 2 types of badges:

The finalized voting/funding will take place on Gnosis Safe. The RGO safe can be found below: 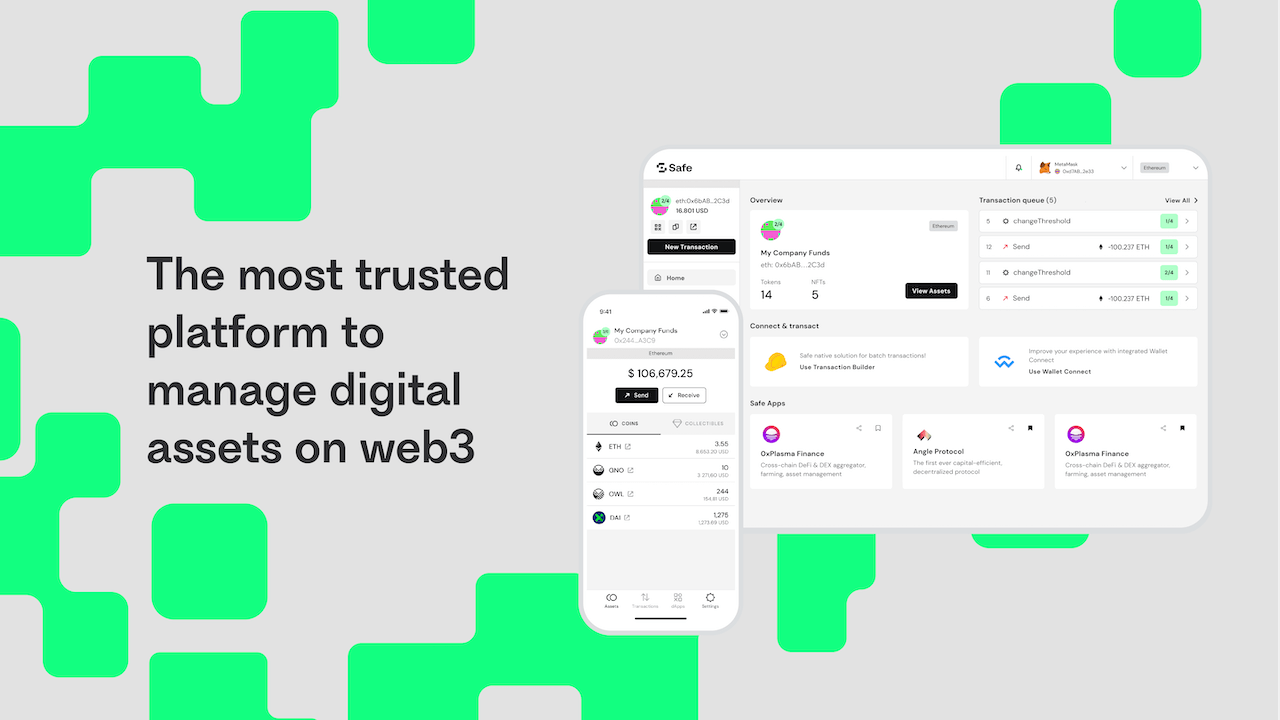 Safe (prev. Gnosis Safe) is the most trusted platform to manage digital assets on Ethereum and multiple EVMs. Over $40B secured.

You can find more documentation below:

Hi @bordumb and thanks for the updates here!

As far as I understand, and with badge-technicalities aside, the main change being introduced here is to the governance mechanism with which funding proposals are approved/rejected and the main difference is that grantees are now given some voting power over which grants are allocated.

Despite the obvious conflict of interest (which we could somewhat overcome with grantees not voting on their own proposals), the voting process / mechanism is also not entirely clear to me yet. Even though, Grantee Badges basically entitle the holder to a vote ( “Allow for one-person-one-vote governance participation” ) I don’t yet understand how these votes are counted.

How do we therefore decide whether a Grant is awarded ?

Does a simple majority of grantee votes win?

Yes, simple majority.
So if we had 100 badges in the wild and a vote got 51 for and 49 against, the 51 would win out.
See more below about the role of the multi-sig as a veto power.

What happens if there are e.g. 10 grantees and 5 vote in favour and 5 vote against?
There would also be the N-number of votes from Committee Member badges, which have equal weight for the off-chain vote.

My thinking here is (for/against):

Whatever happens above, the Committee takes and “rubber stamps” the funding via the Gnosis Safe using an on-chain vote.

The idea here is we are making a separation of powers between tools:

…to take it to an extreme, if all grantees vote against a specific proposal, is there anything that prevents the committee from funding a proposal they all want to vote in favour of ?

The Committee’s on-chain vote can act as a veto.

For example, let’s say there are 100 badges in total (6 Committee + 94 Grantee), and there are 94 Grantees in favor with all 6 Committee members against. It’s an extreme thought experiment, but in this case, the Committee could (in some rare cases) act as a veto and simply not take the off-chain results to the Gnosis Safe.

My thinking here is: if the Committee did this constantly or maliciously, it would reflect poorly and we could be voted off the Committee and essentially “fired”.

I’ll reword this + docs so that these ideas are more explicit. Thanks for the input and keep it coming

Thanks for the reply @bordumb - this is helpful!

The Committee’s on-chain vote can act as a veto.

I do think I agree we want this, because we want the Committee to be the ultimate controlling body of what gets funded, exactly because of the conflict of interest with Grant recipients voting on where Grant money goes.

On the other hand, with this mechanism in place, it seems to me that a large part of the incentive for Grantees to evaluate other grants disappears (because their vote can get overruled anyway).

My thinking here is: if the Committee did this constantly or maliciously, it would reflect poorly and we could be voted off the Committee and essentially “fired”.

Thanks for reminding me this - I think it’s important to remember in the context of this discussion. How would that work with the multi-sig though? Can that happen with the existing multi-sig, or would it only be possible once some new funds are transferred to a new multi-sig wallet?

That aside, it is now starting to sound as if we are looking for a mechanism that helps control the Committee’s decisions. I am not sure if Grantees are the best group to help establish that control…

On the other hand, it just occurred to me that perhaps the idea to include feedback from Grantees is not for control of the Committee, but rather to incorporate broader or specialised feedback … If that is the case, should we perhaps be looking at broadening the Committee itself as a different approach?

I think I would personally be much more comfortable contributing to Radicle Grants funding decisions in such a capacity. As a committee member, I could also be “fired” if I am doing a poor job. As a Grantee, I am not sure how my vote could be “taken away” in the case my voting history proves poor (or “malicious” intent).